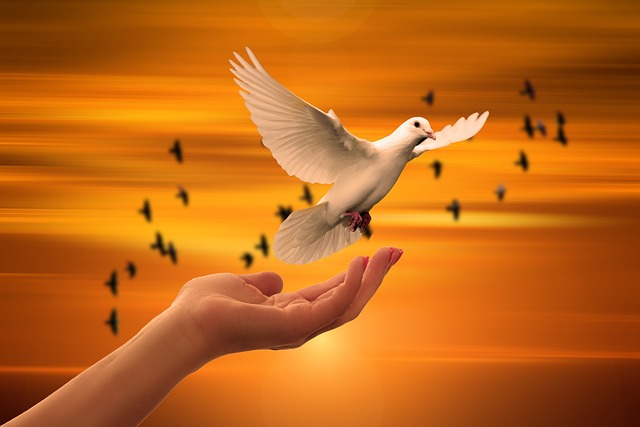 Do we really want Peace?

“If a man sets his heart on benevolence, he will be free from evil.” – Confucius

There is no time in the history of mankind when the world has enjoyed total peace. Despite this and the current state of world affairs, today we live in the moment of greatest peace and prosperity in history. So, are we close to achieving world peace?

In his book “Enlightenment Now”, the Harvard cognitive scientist Steven Pinker tells us that humanity today is better than ever and that we must be optimistic about the future. But for this, we must defend and act in accordance with the ideals of humanism, science, and reason, which are the pillars of the Enlightenment.

Using parameters of progress ​​from the United Nations Sustainable Development Goals, Pinker reveals how humanity today has doubled life expectancy compared to 200 years ago, infant mortality has decreased, people have access to better health thanks to advances in science and medicine, and, among other factors, the percentage of people living in extreme poverty has decreased considerably.

As if that were not enough, Pinker also reminds us that war is illegal according to the Charter of the United Nations, of which 193 countries are members. Additionally, the Universal Declaration of Human Rights is practically the solution to all the world’s problems if only they were observed and upheld. But there are contradictions.

As the Uruguayan writer Eduardo Galeano points out in his book “Upside Down”, the five countries in charge of securing world peace in the United Nations Security Council (United States, United Kingdom, China, France, and Russia), are at same time the biggest producers of weapons of war. In other words, “world peace is in the hands of the five powers that exploit the big business of war.”

So, to achieve peace we must cover several fronts. But I see three points that are key: democracy, equality, and individual inner peace. Let’s see.

We cannot achieve peace if we are not at peace with ourselves. Perhaps we do not have a position of power to achieve significant changes at the regional or country level, but if each of us, within our social circles, carry out actions that promote respect and equality, and if through our activism we can help improve the lives of those around us, we are already taking important steps on our way to achieving peace

If we observe the main international war conflicts today, these are taking place in countries like Myanmar, Afghanistan, Ethiopia, Yemen, and the war between Russia and Ukraine. As we can see, none of the above countries (except for Ukraine) has a democratic system. And Ukraine did not initiate a conflict, it was invaded.

Now, this does not mean that there is no peace in non-democratic countries. But this type of peace could be one achieved through the oppression of its people and the elimination of certain freedoms. And, as long as the inhabitants of a country do not enjoy a plural, free and fair electoral system, where there is transparency and accountability, where individual liberties are guaranteed, and where the media can exercise in total freedom, it will be difficult to create an atmosphere of genuine peace.

The biggest concern today has to do with the rise of authoritarian leaders in democratic nations. Figures like Trump, afflicted with the Hubris Syndrome, have put the democratic systems of their countries at risk and represent a very serious threat to peace. As voters, it is important to elect leaders and representatives who safeguard our country’s democratic structures.

In his book “Utopia for realists”, the Dutch historian Rutger Bregman challenges us to think radically to solve the problems of inequality that cause so many conflicts in the world and envision a more just, prosperous, and peaceful future for all. For this, Bregman proposes three solutions.

The first is a guaranteed and unconditional Universal Basic Income (UBI) that would make it possible to cover the basic needs of all people. This idea has already been implemented in several parts of the world with promising results. Among other things, UBI has helped decrease crime, infant mortality, domestic violence, malnutrition, and has increased children’s education levels, economic growth, and gender equality.

The second solution is reducing working hours to 15 hours per week. Of course, the number of working hours is open to debate, but Bregman rightly asks, if automation and technology have helped us produce more efficiently and quickly, why haven’t we given ourselves more free time for leisure activities? Having more free time from a shorter workweek can help solve unemployment, reduce the effects of climate change, promote equality in housework, reduce stress, and increase people’s levels of happiness. All of them key points to live in a world in peace.

The third and perhaps most radical of his ideas is the opening of borders between countries. In a globalized world, products move freely around the world, but people do not. Borders discriminate and deepen the inequality gap, but those countries that have been more open to labor migration have seen their economy grow while helping to combat poverty.

We cannot achieve peace if we are not at peace with ourselves. Perhaps we do not have a position of power to achieve significant changes at the regional or country level, but if each of us, within our social circles, carry out actions that promote respect and equality, and if through our activism we can help improve the lives of those around us, we are already taking important steps on our way to achieving peace.